One feature of Japanese haiku is to submit the interpretation to its readers. Haiku allows its readers to interpret its meaning in various ways. Thus, it is difficult to employ such feature in an English haiku translated from a Japanese haiku, since the English language is more logical than the Japanese language. Moreover, there are various differences between the two languages: not only in grammatical structure and poetic sound, but also in meaning and nuance of corresponding words. Therefore, it is impossible to maintain the original nuances of a Japanese haiku in an English translation. However, such translation often helps to understand the meaning of the Japanese haiku more deeply.

Thinking of grassroots movement for having haiku registered as a UNESCO Intangible Cultural Heritage", I have translated haiku of Kyoshi Takahama" into English and published the translations in my blog (“チュヌの便り”). The haikus are those listed as titles in “高浜虚子の100句を読む” by 坊城俊樹 (Toshiki Bohjoh). I have chronologically arranged them together with a few supplemented haiku, and will have them published in five series in the homepage of HIA. The last one of the series will contain interesting haiku in twilight years of Kyoshi Takahama (1874~1959), including unique interpretation of Kyoshi’s last haiku. I hope you will enjoy them.

In conclusion, I wish the number of haiku lovers will increase and the eternal world peace will be attained someday. 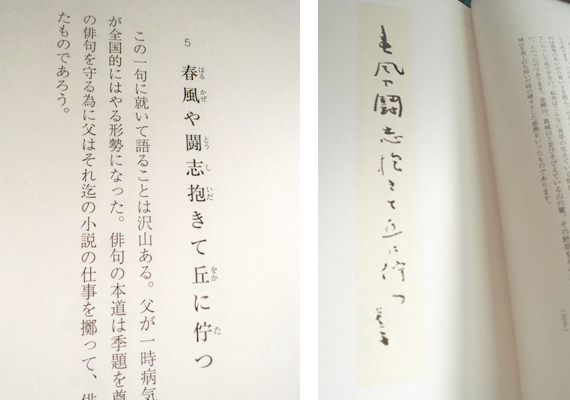