Bashō's haiku in Japanese and English by L.P. Lovee 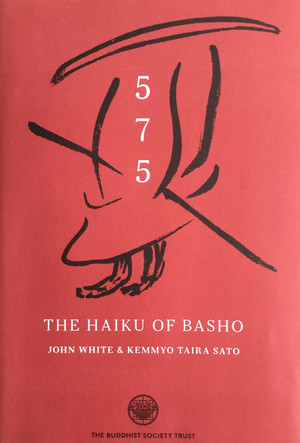 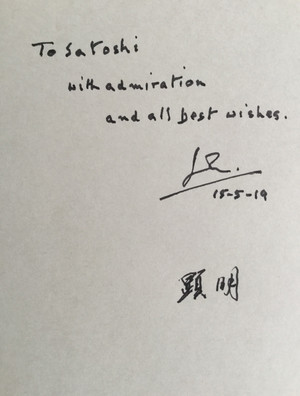 Inspired by the book titled “575 The Haiku of Basho”, I will translate 300 HAIKUs of Bashō under the pen-name of L. P. Lovee.

In the introduction of the book, Mr. John White (Ex-professor of UCL) mentioned as follows:“In all the translations that follow in this particular selection of Basho’s haiku, the 5-7-5 format is strictly adhered to, and whenever Basho does see fit to add or subtract a sound unit or two in a given line, the syllabic structure of the resulting English haiku meticulously follows the same pattern.”

Although I appreciate his efforts, I am afraid that such efforts are not always successful for representing Basho’s haiku. The reason is because all of Japanese words can be expressed with letters "kana" ("ひらかな” or "カタカナ") each of which has a vowel, whereas all of English words consist of letters having a vowel or a consonant. Moreover, among Japanese words, there are many homonyms, differences of which can be expresed with "kanji", that is, "漢字”.

For example, you will find interesting aspects of such differences by reading "Farewell haiku of Ransetsu" (http://knt73.blog.enjoy.jp/blog/farewell-haiku-of-ransetsu.html)

Thus, in most cases, the Japanese 5-7-5 norm is not equivalent to the English norm of 5-7-5 syllables. If you adhere to the 5-7-5 syllable, the English haiku tends to lack brevity and “kire” (i.e., pause or discontinuation), which are essential factors in Japanese haiku. A haiku having a "kire" allows its reader to have an instant imagination for what will follow the kire, or what is unsaid in the haiku.

For the convenience of readers to evaluate, I will describe my translations of Bashō's haiku by putting the reference number of each corresponding haiku of "575 The Haiku of Bashō".

shall yellow rose petals
flutter down?
the thunder of water fall

a plot of rape field,
with a look of flower viewing
a sparrow

the rock azalea
dyed with the tears of
a cuckoo

the spring, now_
on the unnamed mountain
morning mists

when the wind blows,
their tails dwindle_
dog-cherry trees